Most people find it surprisingly easy to quit using my method of Hypnotherapy.

Research has shown that hypnotherapy is the most successful method of quitting*.  My method uses hypnotherapy plus NLP and a range of other targetted methods tailored to suit your individual needs.

Scroll to the bottom of the page for more information about INDEPENDANT REPORTS on the effectiveness of hypnotherapy.

Fill in the form below for  your handy stop smoking information leaflet.

Read more about the method and individual therapy below.
STOP SMOKING NOW 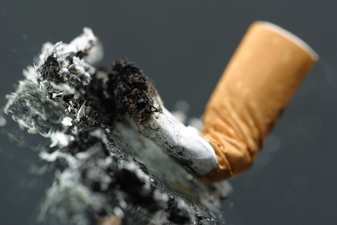 It's easy for most people to stop with my method

Hypnosis and the tailored therapy I offer, just helps you to change the way you think.

What it is then?

Hypnosis is simply a form of deep relaxation, the skill of the hypnotherapist is to use that relaxation to get in touch with the parts of you that are believing in the cigarettes and to help you to think differently.  Much of my work is carried out during the profiling when I will be finding out what makes you smoke. - so from a belief that you can't do without nicotine - see the thought change and wonder what you ever saw in it - it really is that simple.

Andrea Lowe is a trainer in smoking cessation and developed the Smokebuster method of quitting for good.

The cost for the complete package is £135

Email me with any questions smoking@andrealowehypnothrapy.co.uk

Some political facts about quitting

Forget addiction:  I'll show you that you are not.  If you believe you are addicted you will have a really good excuse to go on the way you are - and believe it's not your fault.  Then if you are addicted, tell me - why can some people stop just like that?

The government has been manipulated by the wealth of these companies and their vested interest research.  If Tetley's set up enough research they could present figures to say you were addicted to tea and if you drink tea you know how hard it would be to quit that little indulgence. (see here for more on this)

Advertising tells us various forms of Nicotine replacement therapy are 'twice? ten times? more effective' .  What exactly does that mean?

I have had people coming to me  'addicted' to the Nictine gum.

Fact: The previous government set targets for quitting.  Those targets are based on helping people to stop for one month and even then the success rate is only around 30% at best.  The figures diminish over time and after one year are very similar to the figures relating to people who stop of their own free will.  The government recommend the use of Nicotine Replacement (NRT).

The ads. also tell you that you are having therapeutic nicotine!  If it's therapeutic why quit?

When asking, or being told, about success rates you should have a clear idea exactly what information you are getting.

I have had people telling me that they have success with patches for a time and so will continue using them to stop (regularly).  Is this really success.

Some therapists count success as someone walking out of their office not wanting a cigarette. Success for how long?

Some rely on people getting in touch with them and telling them if they have not quit.  Some won't. Some decide they don't want to stop after all..

Some people send information asking if people have quit.  Not everyone will come back with answers even if it is just because some have moved.  No-one can prove 100%  success long-term.

The only way that success can truly be measured is by getting all quitters back and testing them.

The only way to be relatively certain that someone has quit for good is by receiving recommendations from them or by getting cards, voluntarily sent, long-term telling you they are still smoke free.  Never will 100% of successes do those things.

Beware of people who say that have 100% or 90% success rates.  We all want to believe we have been successful, that's why we do it - but let's not get carried away with things we can't prove.

All I will say is that most of my smoking clients come from recommendation and that only about 20% come back for the free back-up session within the first twelve months.

Addictive personailites are simply people with issues that need resolving and they use habits like smoking or over eating to cope with those issues.

There is no reason for them to continue using something destructive to rely on.  In most cases that can be changed to something more healthy.  In some cases I would recommend a course of therapy to deal with some of those problems before attempting the quitting.

It is important though that your therapist has a complete understanding of symptom substitution.  It is also a very good reason to get my help to quit rather than trying to do it by yourself.

Many people find that if they do not address symptom substitution alcohol becomes a problem to them for instance as they switch dependencies to something equally destructive.

If just a bit of you wants to quit.

Call now and make your appointment.

A one to one session for stop smoking hypnotherapy is not the only option. 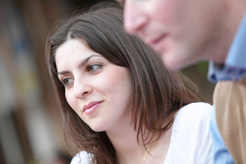 Spend a 1/2 day as part of a group of people wanting to quit and you can be sure that all of them will be exactly like you - wanting to quit but not wanting to either or too scared to try.  How can I be sure of this?

Because if they really truly were ready to quit they would have already done so - no doubt about it.

We anticipate that there will be a lot of people wanting to use this method to stop  as you are saving over half the cost of an individual therapy session so register your interest as we will be running these workshops with small numbers of participants regularly.  Start saving now instead of burning your money - Better still get a group of friends or colleague together and book a private group session for yourselves. 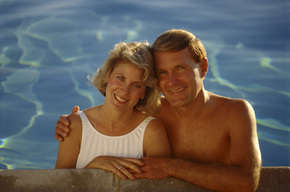 Never have time to to think about quitting?

Why not combine it with a holiday or break.  You will get daily support and therapy sessions as and when you need them.  You can come with friends who want to quit or who have other issues they would like to deal with or bring your partner or friend to just sit in the sun while you have your sessions. The more people who come with you the less you pay.

If you would like to be kept up to date with workshops and other group events for stopping smoking please fill in your details below. 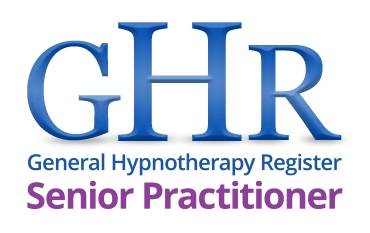 Every cigarette butt takes 10 years to biodegrade - 200 million per year!

Want to find our more about the various options for stopping?  Give me a call and I will talk you through the options.  It will cost a lot less than you imagine.  I want to help you quit.

*"To find the most effective method to stop smoking Frank Schmidt and research student Chockalingham Viswesvaran from the university of Iowa used a meta-analysis, utilising the results of more than 600 studies totalling nearly 72,000 people."

"The results, which were published in the Journal of Applied Psychology and included 48 studies of hypnosis covering 6000 smokers, clearly showed that hypnosis, to use the same terminology as the quit counsellor, was three times more effective than NRT."

See this article recent research shows habit rather than addiction

Hollywood actor Aaron Eckhart has credited hypnosis with changing his life forever after he used the practice to give up smoking and alcohol.

Hypnosis is the most effective way of giving up smoking, according to the largest ever scientific comparison of ways of breaking the habit. A meta-analysis, statistically combining results of more than 600 studies of 72,000 people from America and Europe to compare various methods of quitting. On average, hypnosis was over three times as effective as nicotine replacement methods and 15 times as effective as trying to quit alone.

University of Iowa, Journal of Applied Psychology, How One in Five Give Up Smoking. October 1992.

There are several forms of smoking:

There are two kinds of passive smoking:

1.Smoking the stale smoke that someone has breathed out.  This is known as mainstream smoke.

2. Smoking the smoke that leaks from the cigarette.  This is known as sidestream smoke and is the most lethal way to smoke.

Passive smoking significantly increases the risks of cancers and heart disease, and is especially dangerous for young children.

Some people sit is a smoke filled room at work, at home or in the pub for several hours a day.

One hour of secondary smoke is equivalent to actively smoking a cigarette.  Therefore it is possible for non-smokers to have the equivalent of around 10 cigarettes per day if they are constantly with smokers.

It is known that smoking just three cigarettes per day continues to put your health at risk.

WHY THEN ARE THESE SECONDARY SMOKERS NOT ADDICTED TO NICOTINE?

Most smokers, when they put their mind to it can cut down.  It is always the last few that are the hardest when you are trying to give up.  WHY DO SECONDARY SMOKERS NOT HAVE ‘WITHDRAWAL SYMPTOMS’ when they have a holiday from work for instance?

It is in several people’s interest for you to believe that you are addicted to a chemical.  Here are some of them:

The tobacco companies for obvious reasons.

The drug companies Nicotine Replacement Therapy treats a chemical addiction.  It has such poor results that people that for the average smoker they only have a 6% chance of quitting and then the likelihood is that they will start again soon.  If the NRT worked temporarily they will reuse it.  Drug companies spend lots of money advertising to promote NRT and are obviously making big money out of continually sellingit.

Time to see the situation for what it is.  Your freedom is at stake.  You have been manipulated into thinking you do not have a choice.  Well now it’s up to you to think that you do have a choice.  And you choose freedom.  Freedom from the slavery to nictone.  It is your decision to break free and that is what you are now determined to do.  You do not have to lose any benefits you may think you got from the nicotine – once you see through the illusion.  Any false benefits you may have got are all replaceable and you can celebrate your newfound freedom by rejecting all that is negative and enjoying the discovery of a positive and liberating freedom.

A lot of information to absorb?

Take a couple of minute to defrag - just stare at the image below and relax:

Change that thought - try out the first month of this fantastic course for free! Apply here to enrol